CAQ and QM: A Strong Connection

Anyone who wants to get their QM system into shape for the challenges of the future should keep in mind Industry 4.0. A manufacturer of electric industrial plugs and sockets was looking for a consistent CAQ solution in order to meet future digital challenges. For this manufacturer, the recent introduction of CAQ software from Babtec already represents a milestone in the direction of Industry 4.0.

In the beginning was the electric firelighter. “Glühauf” was the name of the filament, which could be connected to an outlet and which created the entrepreneurial breakthrough for Aloys Mennekes in 1945. The novelty, for which a patent was applied, quickly developed into a big seller and established the success story of today’s Mennekes Elektrotechnik GmbH & Co. KG. The mid-sized family-owned company is today one of the world’s leading suppliers of electric industrial plugs and sockets. In 2009, Mennekes became known for the development of its standard charging plug for electric vehicles. The company, with its headquarters in Kirchhundem in the Sauerland region of Germany and annual sales 130 million euros, is one of the pioneers in electromobility.

The complexity of today’s products goes far beyond the “Glühauf” devices of yore. Around 1,000 employees are responsible for a portfolio of over 15,000 products. Power outlets, plugs, “Schuko” and other standardized grounding-type connectors are part of the company’s product range, as well as customer-specific plug-and-socket combinations. The intuitive charging stations for electric cars are only one example of the fact that the company’s products are part of the premium segment in terms of design and functionality. As a result, quality plays a special role here.

Managing partner Walter Mennekes has for years promoted Germany as a business location, along with the indispensability of the “Made in Germany” seal of quality (QZ 05/2014, S. 34f.). In addition to quality management in accordance with ISO 9001 and ISO/TS 16949, environmental management (ISO 14001) and energy management (ISO 50001) are also integrated into the management system and certified accordingly. In light of continually increasing requirements as well as the company’s rapid growth, the company has been planning for the QM system’s gradual modernization. The company was seeking a consistent software solution that would use one single system to map applications for individual quality processes which previously were only represented by isolated tools. Furthermore, the new software’s support was not to be merely an obligatory exercise but would contribute fundamentally to an improved management system.

Those responsible wanted to use the opportunity to question the existing processes and to optimize them with the increased possibilities using the new tool. The Computer Aided Quality Assurance (CAQ) project at Mennekes was to be approached holistically and as a first step in the direction of Industry 4.0. The software was also supposed to contribute to establishing long-term QM methods that were well-known but not consistently used.

The first change in the QM system after introducing the software involved inspection planning. As part of the implementation, all inspection-related documents were reviewed and adapted to the potentials of the software. Over 8,000 inspection plans in incoming goods, production, and outgoing goods were viewed, their content revised, and digitized. This has resulted in significantly more accurate inspections, which, however, are also associated with some additional costs. To justify these costs, the employees performing the inspections first had to be convinced of the new solution’s advantages. Clearly structured inspection processes and visual support made sure of that. The enhanced user friendliness of the Babtec software contributed to broad acceptance by the around 180 users company-wide. At Mennekes today, inspections are indeed more time-consuming than before. The overriding goal, however, is to derive optimization actions from the transparency of the results, actions that should minimize quality costs in the long run and thus justify the expenditure.

Here, the first successes have already been achieved. While separate inspection processes were previously implemented by means of several isolated tools, they are all carried out today using just the CAQ system. Additional potential for improvement has been realized using the software as a result of expansions developed jointly with Babtec project management. For example, the in-production inspection, which today is completely controlled via the system, has been supplemented through customization by a clever solution for coordinating the inspections: Within the framework of a defined inspection interval, a sophisticated system notifies the worker where a need for inspection currently exists by using traffic-light colors. In this way, the person responsible always maintains an overview of what has to be done next. The actual inspection then takes place via an automatically generated inspection order, which can be processed on site and reported back directly to the software. This procedure also reflects the ambitious plan of rather modernizing the existing processes and adapting them to the software than vice versa.

With this in mind, methods and techniques have also been embedded into the QM system that previously were used only now and then. The statistical process control (SPC), for example, ensures more accurate and detailed inspection results thanks to regular and time-controlled process inspections (with monitoring of inspection frequencies) or quantity-controlled inspections. By means of training in methods and operation, a basis has been established in this area that would not have been possible without the software’s support. The same applies to the advance planning of quality-related processes, where with the implementation of the module for Failure Mode and Effects Analysis (FMEA), the eponymous method has found a solid place among the established processes. The FMEA module today is directly linked to the Control Plan and Inspection Planning modules, which are required for subsequent process stages, and thus ensures a significantly leaner workflow than before. A series of “mini workflows”, which further accelerate certain processes, could also be realized in the software. The possibility to directly initiate actions and tasks ensures a significant saving of time. 8D reports can be conveniently created and immediately sent by e-mail using the customer’s contact information that is stored directly in the software. The efficient retrieval of information is absolutely one of the main benefits which the database-oriented solution offers. Using interfaces to the ERP and PDA (Production Data Acquisition) systems as well as integration into a server landscape, the software could be solidly integrated into the existing IT landscape.

Both the gages and profile projectors are connected to the software. Measurements are transmitted digitally and on the spot into the system. In light of the enhanced integration, inspection work stations can now be better adapted to their specific areas. During workshops, individual inspection stations were developed, which are consistently oriented to the 5S method with the maxims “Sort”, “Systematize”, “Clean”, “Standardize”, and “Self-discipline”, as well as continuous improvement. With the introduction of the software, the implementation of this systematic approach has been continued further, and the non-value-creating activities of the inspections have been structured as leanly as possible by an optimal interplay of software, hardware, and handling.

All in all, the introduction of the CAQ software represents a milestone for Mennekes on the path to Industry 4.0. The area of quality management alone shows how the systemization of data, networking of software and machines, and the deliberate improvement of existing processes can positively affect the overall management system. With unvarying resources, the time saved can thus be re-used for the really important things – more accurate inspection, better documentation, and ultimately one thing above all else: delivering one hundred per cent quality at all times.

All in all, the introduction of the CAQ software represents a milestone for Mennekes on the path to Industry 4.0. The area of quality management alone shows how the systemization of data, networking of software and machines, and the deliberate improvement of existing processes can positively affect the overall management system. With unvarying resources, the time saved can thus be re-used for the really important things – more accurate inspection, better documentation, and ultimately one thing above all else: delivering one hundred per cent quality at all times.

The Author on user side 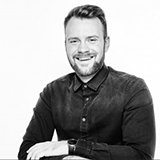 In order to optimize their processes and products, even coffee producers can count on CAQ software. Integrating a Chinese production location, however, still makes consistent quality management a challenge. With an IT solution from Babtec, employers and suppliers can process complaints via a... continue reading

Any business that wants to remain an A-grade supplier is also dependent on the quality of its sub-suppliers. That is why a German metal manufacturer analyzed and revised the process organization of its supplier management from the ground up. With the help of software from Babtec, complaints could be... continue reading