It’s been hotly disputed: IATF 16949, the automotive standard published in 2016, has thrown up huge challenges for suppliers. The WKW.group, an internationally successful automotive supplier, shows how you can obtain certification using the right tools.

For more than a century, WKW has been supplying the international automotive sector and other industries with aluminum materials and aluminum processing solutions. With the revision of the automotive standard in fall 2016, the WKW.group was faced with the challenge of implementing the new IATF 16949, as were thousands of other suppliers in the automotive industry. Although IATF 16949 was based around the ISO 9001:2015 standard, the demands on many of the certificates and proofs became more stringent. The provisions on KPI systems were reinforced, which came with more intensive treatment of efficiency and effectiveness. The depth of detail, which IATF believes should create more clarity for suppliers in terms of its implementation, often causes problems in practice when it is transferred to the individual process owner.

The WKW.group tackled the adjustment in a very structured way. At the beginning, a gap analysis showed which sectors needed action to be taken and where the standard’s requirements were already being fulfilled. A standard comparison helped here. This comparison showed the various requirements and pinpointed the additional requirements from the IATF. This analysis created the foundation for a large comparison matrix, in which the process landscape, including responsibilities, was depicted with precision. A delta analysis revealed that a multitude of tasks needed to be fulfilled in order to gain the certification.

After these first steps which aided them in getting to grips with the standard, thoughts turned to implementation. How could this vast array of tasks be clearly communicated across the locations to all the employees responsible? The answer was found in the Audit Management and in Tasks and Action Management CAQ modules in BabtecQ. Using the initial gap analysis, an external system audit was set up, using a global client, in the Babtec audit module. Areas which needed action to be taken as a result of the IATF requirements were recorded as audit deviations. All tasks that resulted from these deviations were then placed in task and action management. The required information could thus be disseminated quickly across locations, to a large number of participants, and processing could be tracked accurately. The CAQ system ensured that all of these tasks were completed on schedule and ensured that transparency was high.

After an adjustment period of around six months, certification began. Over several days, the external IATF-approved auditors examined the company’s quality management and also looked at the Babtec system during the inspection. The result: All tasks had been processed to the auditors’ satisfaction. The WKW.group was thus successfully certified in accordance with IATF 16949 and also maximized the efficiency of their processes while minimizing the risk of problems. 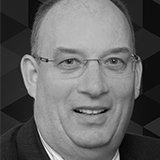 Thomas Stöber has been Vice President of Management Systems at the WKW.group since 2017. Since he joined the group, he has held various managerial positions in the quality management area and has headed the Central Quality Management area for the Erbslöh AG and Walter Klein GmbH & Co. KG for many years.

CAQ and QM: A Strong Connection

Anyone who wants to get their QM system into shape for the challenges of the future should keep in mind Industry 4.0. A manufacturer of electric industrial plugs and sockets was looking for a consistent CAQ solution in order to meet future digital challenges. For this manufacturer, the recent... continue reading 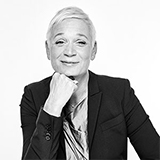 All over the world, automotive manufacturers install supplier parts in a wide variety of vehicle models. Those who collect, standardize and analyze field data as part of their warranty management know the failure behavior of their own products – and can initiate suitable corrective measures at an early... continue reading