Have you ever heard of Deming? Or perhaps of Total Quality Management (TQM)? You certainly know the latter from various models that show us a system for successful quality management. For example, there is the EFQM model for business excellence or the model described in the ISO guideline. What Dr. William Edwards Deming has to do with the TQM idea and why he is also referred to as the father of quality can be seen from his story – which is not at all uninteresting due to its not entirely straight course.

William Edwards Deming (1900-1993) spent his career studying topics such as statistics, systems thinking, and human psychology. In the process, he came up with an idea that would later make a lasting impression on the world: in order to be able to guarantee quality in the long term, it must be understood as a system goal in an organization. This can only be achieved through comprehensive quality management (Total Quality Management), in which all areas and employees are included. In addition to his scientific work, he also worked as a consultant for executives, large companies and governments. From today’s point of view, his work had a great influence on production and service companies worldwide, which redesigned their management according to his theory.

What initially sounds like a straightforward career was a major challenge for Deming at the time. In his home country, the USA, no one was initially interested in his quality ideas in the 1940s. In Japan, however, he found a more sympathetic ear: from 1950 onward, various major Japanese companies sought Deming’s advice. With his comprehensive approach, he not only focused on internal cooperation between individual departments, but also included external partners such as suppliers and customers. Deming thus made a significant contribution to the turnaround of Japan’s post-war industry and its economic rise.

Americans, whose main focus in the postwar period was to increase manufacturing output, noticed Japan’s sudden rise – and asked themselves what they had done wrong. The documentary “If Japan Can, Why Can’t We?” finally brought Deming’s management methods back to his homeland in 1980. Here, a proud 30 years after Japan discovered them, his methods sparked a quality revolution. Deming became the “father of quality.” He cooperated with companies such as Ford, Procter & Gamble and Xerox. Their businesses experienced a real revival after switching to Deming’s management method.

But what exactly was it that gave such a boost to Japan’s and America’s economies? Deming himself called his philosophy the System of Profound Knowledge. This promotes change in an organization by providing a framework for thought and action for managers. The goal is to develop into a systemically oriented organization. A major advantage of this is the increase in quality, customer relations, employee satisfaction and profitability. Second, change along these lines helps reduce costs by reducing waste, rework, staff attrition and litigation. According to Deming’s philosophy, it is not high quality that causes high costs, but low quality – because all of these very costs are incurred when quality is low.

Deming’s system involves not only managers, but every employee. If each individual identifies with the philosophy, he or she will take it into account in his or her day-to-day work and carry it forward in contact with colleagues. As in any good recipe, Deming’s philosophy also contains a kind of step-by-step guide for successfully driving forward change.

The depth of ideas behind each of these fourteen points is demonstrated by the volume of Deming’s published works. Further information on the management method and its 14 principles can also be found online on the pages of the W. Edwards Deming Institute.

With his vision and belief in continuous process improvement, he changed the way people in industrialized nations thought about quality, management and leadership. The basic idea of our TQM models today was thus sealed: quality management should not be limited to the technical assurance of product quality alone, but should also include the relationship between the company and its customers. Not only a select group of people in the company is responsible for quality, but everyone.

To the Event Calendar
Quality 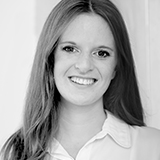 What is quality? One question, many answers

Quality – a big word with many meanings. Whether Garvin, Grönroos or Donabedian: many clever people have already dealt with the questions of what quality actually is and what approaches there are to define it. In the process, various models have come to light that are probably also thrown up against... continue reading

T, Q and M: three letters that in combination result in a long history, a deep meaning and great relevance in the present and the future. Read here about the philosophy behind the term “Total Quality Management”, what a practicable version of it looks like and what incentive there is to successfully... continue reading

The Ishikawa Diagram – A Quality Tool for Failure Analysis

Failure analysis in quality management is essential to achieve high quality – Kaoru Ishikawa already recognized this in the early 1940s. To this day, the Ishikawa diagram he developed is therefore part of the seven quality tools for failure analysis in QM. What this QM toolbox is all about and how... continue reading