Eickhoff is an international, family-run business and has been firmly rooted in Bochum, Germany, since its founding in 1864. The company’s core business are complex machines for extracting raw materials and wind turbines that consist of up to 3,000 individual parts. The number of suppliers involved in product development is accordingly large. Eickhoff knows that supplier management plays a key role when it comes to working efficiently and delivering high-quality products. With the aid of a cloud-based platform, the company was able to take its close cooperation and excellent relationship with its suppliers to the next level.

At two locations, the Eickhoff Group manufactures machines and gears that have to resist extreme conditions. So it’s not surprising that the group leaves nothing to chance: from incoming goods and gage management to inspections accompanying production, the entire product development process can be tracked and reviewed via QM software by Babtec. However, excellent communications and cooperations with business partners are just as important as internal processes. At Eickhoff, working with suppliers first and foremost means working with people. And the Bochum-based company depends entirely on the reliable work these people perform, as deficient goods and the associated complaints cost a lot of time and money.

Since the cloud-based BabtecQube platform was introduced in 2016, this international, family-run company has seen the benefits for the collaborative partnership between customers and suppliers. In a first step, using the platform streamlined the cumbersome e-mail communications between Eickhoff and its suppliers, and further increased efficiency by allowing the company to process complaints via the 8D report maintained in the cloud. Unlike portals with restricted use that are tailored to the needs of certain companies, suppliers can communicate with Eickhoff after registering free of charge on the cloud platform BabtecQube.

As the software is intuitive to use, Eickhoff was able to keep trainings for suppliers at a minimum and has also continuously reduced the rate of complaints. Today, BabtecQube is the determining channel for supplier management in every department at Eickhoff – from Quality Assurance to Sales, from Purchasing to Engineering. Digitalizing processes has created significantly shorter channels of communication, which is reflected in the swifter and more reliable processing of complaints. Around 75% of all complaints are processed via the BabtecQube, 90% of which are completed in time. The cloud service provided by Babtec marks the beginning of Eickhoff’s transformation toward an intelligent and interconnected factory of tomorrow.

Besides processing complaints, Eickhoff also uses the platform to efficiently transfer quality-relevant specifications to its suppliers. Until recently, around 16,000 variants were managed and shared manually via e-mail, which increasingly proved lacking in transparency, prone to errors and time consuming. One fault repeatedly found in Eickhoff’s incoming goods were components that suppliers had manufactured according to outdated Eickhoff specifications.

The new procedure using the BabtecQube allowed for significant improvements: As part of a project across different interfaces, Eickhoff invited all of their active suppliers to the BabtecQube, in addition to the suppliers who had already been invited to process complaints. After registering, the employees appointed by the suppliers automatically received the respective applicable specifications via the BabtecQube service spot. Eichkhoff only had to make a few adjustments within the BabtecQ software in order to manage the specifications and initiate distribution. If a specification changes, every supplier who is affected is automatically informed via a task in BabtecQube.

The tasks are then distributed using spots, with the respective changed specifications attached, after which Eickhoff receives direct confirmation in the CAQ system that the new documents have been acknowledged. From this moment on, the specifications are considered to have been accepted and become part of the business relationship. This transparent history also helps the suppliers keep track of the specifications they need to observe.

Automatically providing suppliers with the respective, applicable specifications creates greater transparency and prevents faulty components, similar to the processing of complaints via the cloud. Due to the good experiences Eickhoff gathered in communicating via BabtecQube, the company now plans to extend the current distribution of specifications, complaints and supplier assessments to include all active suppliers in addition to the 173 suppliers who have already registered.

And the service spot can do more than just manage specifications: It can also be used to share a number of smaller and larger tasks and actions between business partners. Eickhoff recently began using BabtecQube to distribute individual tasks as well as entire actions as part of its supplier development project, allowing the company to share projects and even audit findings with its suppliers via individual spots. The subdivision into individual tasks ensures that everyone involved can see which process steps have been successfully implemented and which are open or have not yet been started at all times. This results in a transparent dialog that both parties can keep track of, especially when compared to e-mails.

Clear communication, targeted distribution of specifications and a low rate of complaints: All of these are beneficial for the relationship between Eickhoff and its suppliers, which in turn promotes the excellent cooperation as well as the quality of the end products. And the highest quality will remain the focus of product development in future, so that Eickhoff’s customers can continue to rely on a low rate of defects and optimized degrees of efficiency.

A user report by Thomas Mandroschek and David Herberg 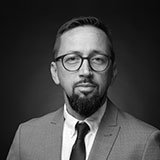 To the Event Calendar
Quality Management

We all know it from our private lives: Finally the order is here, for which we waited long and with anticipation. However, the annoyance is all the greater when you realize that the goods do not arrive in the promised quality. And it becomes even more annoying when you have to reckon with high costs... continue reading 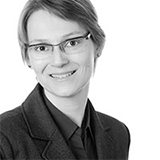 Update on the Supply Chain Law: It’s been passed!

In March, we reported on the draft for the Supply Chain Law. This draft was passed by the German Bundestag in June 2021 and confirmed by the Bundesrat. The Supply Chain Sourcing Obligations Law (LkSG) – or Supply Chain Law for short – will initially apply to companies with more than 3,000 employees... continue reading 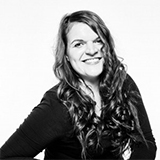 My Favorite Feature in BabtecQ: the Guided 8D Report

What do you actually like most about our software? In this edition of the “My Favorite Feature” article series, we asked our product manager Felix Krause which feature in the BabtecQ or BabtecQube software is his personal favorite. In response, he gives us a detailed insight into a very special... continue reading